The Supreme Court decision to overturn Roe v. Wade has obviously far-reaching policy implications, not least when it comes to both current and future technology.

POLITICO’s Ben Leonard has a report out today on implications of the decision for virtual abortion care, where providers often prescribe abortion pills via telehealth visits. That type of care was already banned in 19 states before today’s decision, and now those seeking abortion in red states will have to contend with governments that privacy and abortion activists fear might seek out data with which to prosecute both abortion-seekers and providers.

“The easiest people to enforce it against would be patients doing these searches on their phones or laptops,” Mary Ziegler, a professor at the Florida State University College of Law and an expert on the legal battle over abortion, told Ben. “States at the moment … are saying they’re not going to punish patients, but they’ll find it would be easier to punish patients and therefore might ultimately decide to change their minds on that subject.”

Ben and Ruth Reader told us last month how telehealth providers have been preparing. And in a report last week, POLITICO’s Sam Sabin described how abortion rights groups were already ramping up their digital privacy protections and cybersecurity defenses ahead of Roe’s overturning.

Informational services like Repro Legal Helpline have implemented secured messaging through services like Tor, Signal, and ProtonMail, as experts warn that existing law enforcement practices for combing through seized devices could yield mountains of incriminating data in states where abortion is now illegal.

Eva Galperin, director of cybersecurity at the Electronic Frontier Foundation, told Sam that “The most likely situation right now is that a person gets reported by a relative or ER nurse, and then if they are in a state like Texas, the state simply shows up and searches their phone.”

That means that some abortion rights activists are attempting to go even further in shielding patients’ data privacy — including turning to the blockchain. That might not seem like a promising approach, considering the many high-profile recent examples of authorities tracing so-called untraceable transactions, but some activists believe the tech could serve another function: organizing grassroots fundraising campaigns, via an “abortion DAO” (or decentralized autonomous organization).

When the draft opinion of the decision overturning Roe was leaked last month, the New York Times interviewed crypto-enthusiastic abortion activists who speculated that members of such a DAO could rapidly pool funds that they would then organize to distribute to abortion-seekers with limited access to care, citing examples such as ConstitutionDAO and UkraineDAO that served similar functions.

Molly Dickson and Madison Page, two artists in Texas who launched a line of NFTs aimed at raising funds for abortion in the wake of the draft opinion, were straightforward about the technology’s attention-getting efficacy in an interview with Reuters, pointing out how the hype around the technology might be used as a leverage point for activism.

“So much money is pouring into crypto,” they said. “We get a lot more attention.”

Help Americans make the most of the Internet. Digital Navigators are an important part of broadband infrastructure. Learn why Comcast supports funding these guides who are teaching digital skills in communities across the country.

Mark Zuckerberg was very busy this week. In a series of Facebook posts, the Meta honcho announced a batch of new policies with implications for his company’s version of the metaverse: Making subscriptions from other services “interoperable” with Facebook, introducing NFTs to Facebook, and in a separate announcement turning the Facebook Pay service into Meta Pay, a “digital wallet for the metaverse.”

Many of the company’s recent developments call back to high-profile stumbles from its past — the digital wallet to the company’s ill-fated cryptocurrency experiment; its endless tinkering with various VR headsets an attempt to right its long-ago mobile debacle.

Meta has made broad gestures toward a cooperative, collaborative approach to building the metaverse, but its size gives it an immense amount of power to set its own rules, regardless of what regulators might want (or other companies, for that matter). While developments like this week’s founding of a Metaverse Standards Forum point in that collaborative direction, the company’s flurry of activity makes it clear who’s in the driver’s seat.

The firing of the Google employee who claimed its AI was “sentient” inspired a new round of public hand-wringing, with most serious AI researchers discounting his claim.

In his thoughtful, accessible book “Reality+: Virtual Worlds and the Problems of Philosophy,” published earlier this year, the Australian philosopher David J. Chalmers tackles that very question in a chapter titled “Do simulated lives matter?” Chalmers begins by citing the 2021 film “Free Guy” where AI-powered characters in a simulation go on strike, asking “Is it morally permissible to ‘play God’ by creating virtual worlds containing conscious sims? What moral responsibilities do we have toward the sims in those worlds?”

Without recounting Chalmers’ entire argument, he ends up extending Immanuel Kant’s Principle of Humanity to simulated beings, writing that “we should never treat sims merely as means to an end but as ends in themselves.” Food for thought if your brain drifts in a sadistic direction while wasting time playing “The Sims”. 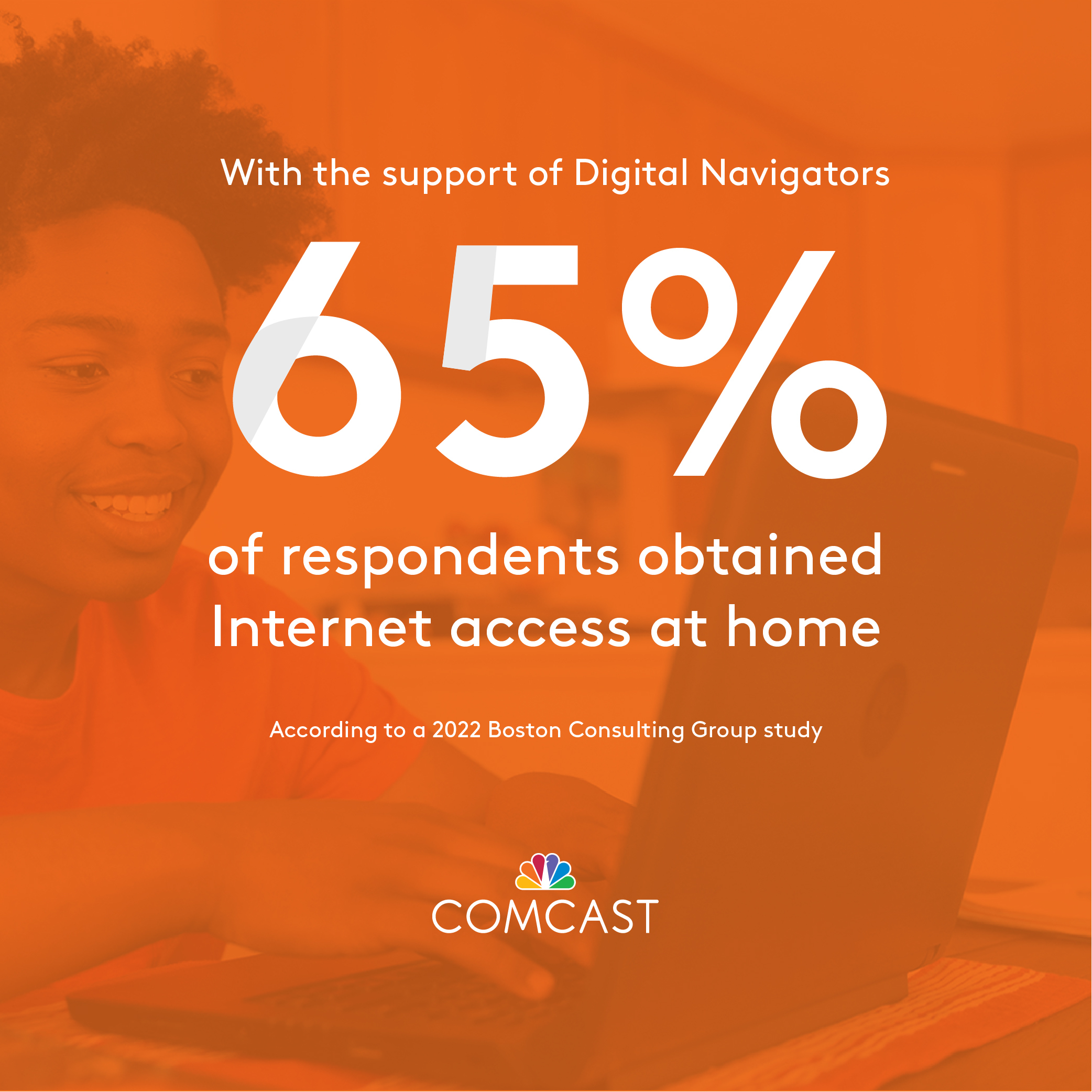 If you’ve had this newsletter forwarded to you, you can sign up here. And read our mission statement here.

To compete with the world in the 21st century, Americans must be connected to high-speed Internet at home.

Digital Navigators are an important part of broadband infrastructure. A new Boston Consulting Group study, supported by Comcast, discovered that Americans are finding better jobs, healthcare, and housing online after learning digital skills from these guides.

Learn how Digital Navigators are helping connect our nation – and why we must fund their efforts.